Finding the Best Talent for your Small and Medium Medical Practice

If there is one thing that fuels fear and anxiety, it is uncertainty.

America is currently experiencing levels of economic uncertainty, unlike anything experienced during the last decade. In fact, there is currently a perfect storm of factors coinciding to create this downpour of uncertainty, accompanied by gale-force fear and anxiety.

There are numerous concerns to mention ranging from rising inflation to supply chain disruptions. One of the most troubling factors is the labor shortage. According to the U.S. Chamber of Commerce, the latest data indicates that there are 11.3 million job openings and only six million unemployed workers.
In this article, we will investigate the economy from a macro point of view and highlight some of the challenges, especially labor-related, for small to medium medical practices.

A Snapshot of Labor Shortage

The woken labor shortage monster is becoming more prominent across the USA, and during the Juneteenth/Fathersday weekend in June 2022, it made a very visible onslaught. About 3660 flights were canceled over the weekend, and on Saturday alone, 6300 flights were delayed. The main reason is a staff shortage.

It is not only airlines that are feeling the bite of the labor shortage monster; organizations across all industries are experiencing the effects. Recently, a branch of Mcdonald’s made headlines after paying prospective burger flippers $50 just to show up for a job interview.

As we mentioned in the previous section, even if every unemployed person in America is somehow employed today, there would still be over 5 million vacancies. But why is that the case? 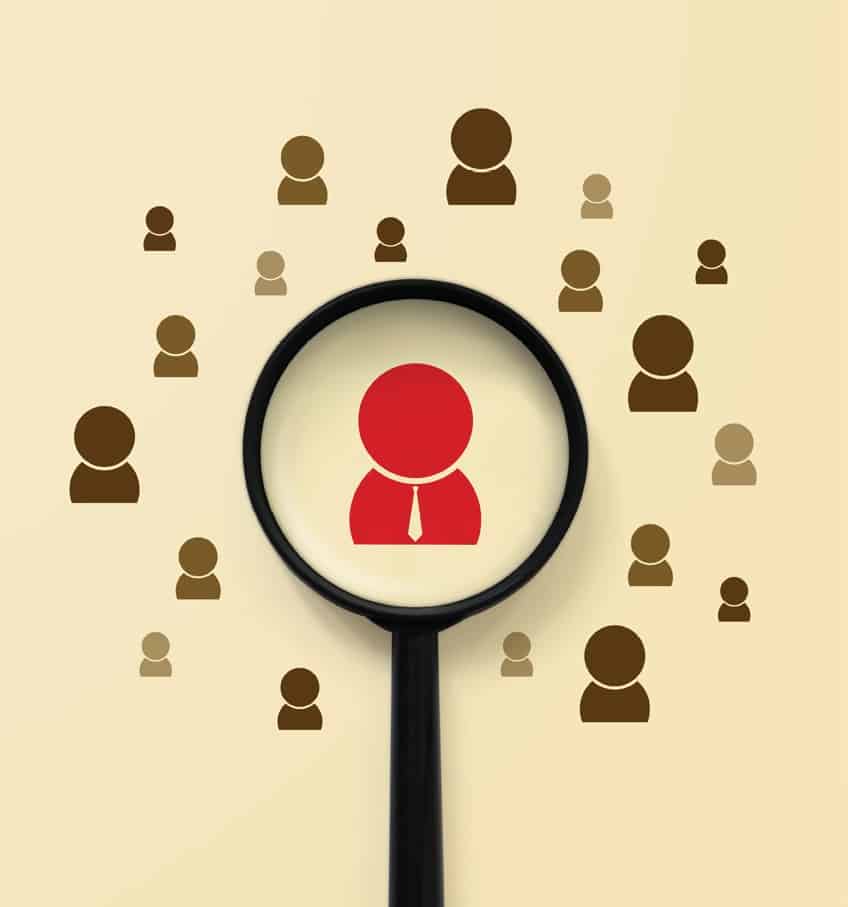 Factors Contributing to the Labor Shortage

Social media is littered with posts accusing the younger generations of being lazy and having a poor work ethic, blaming them for the labor shortage. If only it was so simple, but the truth is, according to U.S. Department of labor, employment participation under youth actually went up.

So what are the reasons for the labor shortage?

The pandemic made a lasting impact on the human population. It changed the way we perceive the world and how we do things. One such change includes the shift toward remote working. According to research conducted by the U.S. Chamber of Commerce, 25% of respondents stated that they would resign if forced to return to the office.

Working from home forced people to change their perspectives. According to the U.S. Department of Labor, there are over 1 million women less in the labor force than pre-Covid. Many women had no choice but to stay at home and take care of the kids when schools closed. Others couldn’t find caretakers. Nearly 33% of women who lost their jobs during the pandemic are not returning due to family-related reasons.

Many women continue to fulfill these roles as caretakers for many reasons. Some realized the value and joy of being more involved in raising their kids, while for others, the financial benefits of returning to work versus paying for hired help don’t add up.

Thanks to stimulus checks, unemployment benefits, and not being able to go out and spend as much as they used to, 68% of Americans claimed that they were earning more being unemployed than they did while working pre-Covid. The unemployment benefits ended in September 2019, but its effects carried on.

Many people were able to save enough to start their own businesses. During the last two years, more than 10 million new business applications were filed, businesses that are now desperately searching for employees.

The Trump administration tightened immigration laws then came Covid, which made immigrating to the U.S. even more difficult. This led to a drastic decrease in immigrant workers. In fact, post-Trump and Covid, the U.S. now has 2 million fewer immigrants than before. Not only was access to the U.S. one of the causes, but many immigrants went back home and never returned.

Given that the birth rates in the U.S. have been falling for several years, and immigration was the most dominant source of population growth, the U.S. is now experiencing its slowest population growth since it was founded.

Resignation is perhaps the factor that will have the longest-lasting impact on the labor shortage. The great resignation refers to the baby-boomer generation exiting the U.S. workforce as they reach retirement age.

Those born at the beginning of the baby-boom generation reached retirement age around 2010, and that was when the exodus started. From 2010 to 2020, the proportion of the population reaching retirement age rose from 13% to 16.5%.

What is even more worrying is that most of this generation was born at the end of the boom, which means that these numbers will continue to increase over the years to follow. One of the biggest concerns is the tacit knowledge and experience gap they leave.

It would be impossible to find enough people and upskill them to a level where they can fill this gaping hole in the labor market in time. 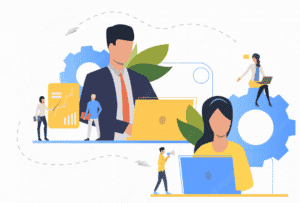 Covid pandemic had a massive impact on people’s psyche. During their time off from work and with some people receiving more in benefits than they did as a salary, they had the time to reassess their careers. This led to the great reshuffle where record numbers of people quit their jobs.

In May of 2022 alone, 4.4 million quit their jobs. They are rehired again, and the hiring still is outpacing the quitting. Organizations that are desperate to fill vacancies will hire people not up to the desired skill level but will take the time and effort to upskill them.

Although the great reshuffle does not contribute so much to the labor shortage as the great resignation, it highlights another warning for organizations.

That being that people aren’t reluctant to quit anymore, leading to a less reliable workforce which brings uncertainty to long-term planning. In addition, more pressure is placed on employers to increase the remuneration of employees to improve retention rates.

Industries impacted the most

Industries impacted the most by the labor shortage include education and health services, wholesale and retail trade, and durable goods manufacturing. All of these industries have more unfilled job openings than unemployed workers, and durable goods manufacturing is the worst off of them all. Even if every experienced person in this industry were employed, only 65% of vacant jobs would be filled.

In health care, there is a disproportion in immigrants versus local workers compared to some other industries. 20% of nurses and 25% of health aides are immigrants. The decrease in immigrants coupled with the shrinking local labor force is raising concerns for the sustainability of organizations in the health care industry, including small to medium medical practices.

One mitigation strategy small to medium-sized medical practices in the USA can consider is sourcing talent from abroad. What is happening in the USA is happening in many countries abroad, but finding hard-working employees abroad, could prove to have a more significant ROI. 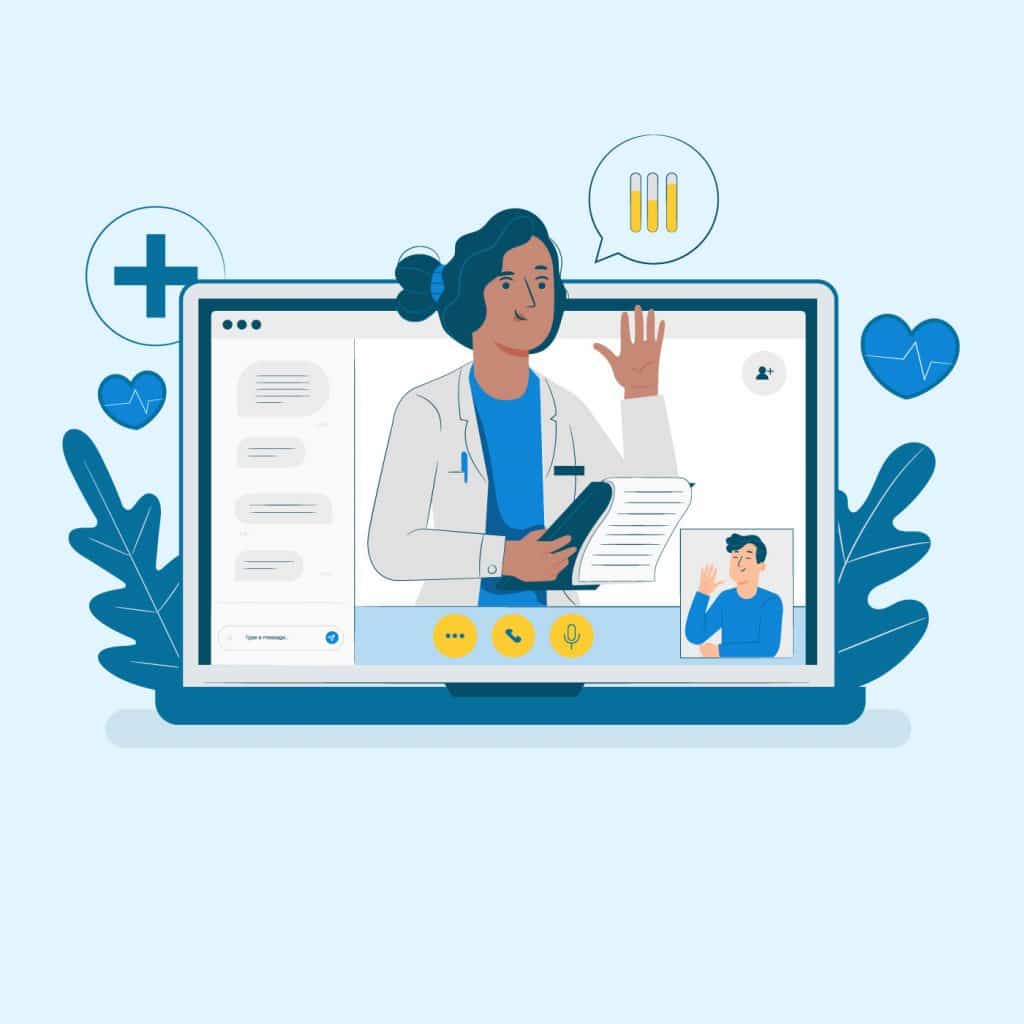 With a labor shortage, negotiating power is transferred to the local employees. Nothing prevents them from knocking on your door and demanding an increase. Hiring talent from abroad means that you can agree on a salary over the long term, and it will remain the same over the long term.

Sourcing talent from abroad also means that they will be working remotely. This means that you will require less office space and equipment, which immediately saves on overheads which is ideal during this time of rising inflation.

In January of 2022, more than 3.6 million people missed work due to Covid. Covid is long but gone, and the absenteeism rate caused by Covid is still very high. Although symptoms, in general, are less severe, due to the effectiveness of vaccinations and the strains currently doing the rounds, people are still staying home for long periods to prevent the spread of the virus.

Remote workers can take time off, but you are not responsible for paid sick leave. Also, because they work from home, workers could be absent for a day or two and then work again instead of staying absent for a week.

V. Getting what you pay for

As we mentioned in the great reshuffle session, employers are forced to settle for second best. They will settle for employees that do not have the desired skills and must then use their own resources to upskill these employees.

By sourcing remote talent, you get a packaged deal and pay exactly for what you need. Just like with any new employee, there would be resources allocated to onboarding, but these would not include upskilling to the extent of many organizations hiring local talent.

That is only if you choose a service provider that can provide well-trained staff members and offer continuous development services to them.

Neolytix is a Management Service Organization that has been working closely with small and medium-sized medical practices for over a decade, providing an a la carte service to practices nationwide.

For a free, no-obligation consultation about your staffing needs, please complete the box below to schedule the most convenient slot.

PrevPreviousHow to get a credit card in the Philippines: An Essential Guide for New Freelancers
NextThe new No Surprises Act: How the new act impacts your medical practiceNext